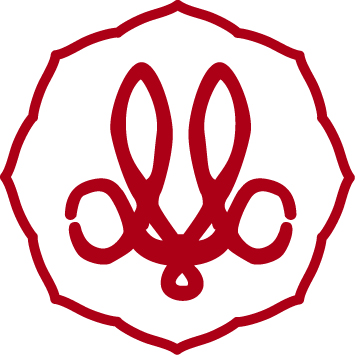 As someone who speaks two languages and comes from a foreign background, I appreciate the cultural differences between countries such as Japan and Australia. Throughout my high school life, I have developed interest in the Japanese culture and I have been wanting to learn Japanese ever since. I am inspired by the way Japanese people live and it encouraged me to want to move to Japan and experience their life style myself for a period of time. I love learning Japanese as I enjoy the joy and challenges it brings when I try to understand the written and spoken language. I want to improve my Japanese to a level where I can fluently speak it and read it. I am hoping that by going on this exchange program, I will be able to make lots of Japanese friends who can further introduce me to the Japanese culture. I want to return to Australia with a vast knowledge and understanding of the Japanese people so I can urge others to go and explore this unique and beautiful country.
I feel so honoured to have been chosen for the HUMAP scholarship and to receive such a generous offer. This scholarship will allow me to completely immerse myself in the university life by attending various clubs and circles. I am hoping they will give me firsthand experience of what it is like to be a Japanese university student. I believe that by providing this scholarship to selected students going abroad, students will be able to focus more on becoming a productive member of their exchange university. This will create positive experience for both the students, like me, and the Japanese university. The exchange students will be able to become more active and give insight to Japanese students about foreign cultures as well.
Once again, I feel beyond honoured to be given such a great opportunity with the HUMAP scholarship. This scholarship will allow me to have a stress-free experience and achieve great results during my time doing this exchange program. I feel uttermost gratitude to the Hyogo University Mobility in Asia and the Pacific organisation for selecting me and allowing me to be an example for students wanting to receive this scholarship in the future.
Thank you very much.

Thank you to the ‘Hyogo University Mobility in Asia and the Pacific’ scholarship I have received for my exchange program in 2018, I have had a great opportunity to appreciate the Japanese culture comfortably. The HUMAP scholarship helped with my finance to pay for my dormitory and everyday life as well as for my textbooks. I have been living in Japan for 8 months, studying full time. I have classes every day at Mukogawa Women’s University and I have been progressively getting better at Japanese. By having the HUMAP scholarship, I have the opportunity to focus on my studies and worry less about finances. Throughout my studies, I was able to drastically improve my listening skills and speaking skills and my written and comprehension skills have also improved. Due to this, my understanding of the Japanese culture has been deepened.
By living in a dormitory where Japanese students and exchange students live together, I had the chance to understand Japanese people in different types of situations. I made friends not just with the Japanese but also with other exchange students coming to my host university from countries such as China and Taiwan. Because of this, I now hold knowledge about not just Japanese traditions and lifestyle, but also cultural things I learned from people coming to Japan from other Asian countries. Being on exchange in Japan have changed me as a person. I have a broader view on cultural differences and similarities and I have come to appreciate all the differences between cultures. I believe that by having students come to Japan from Australia on exchange, it gives Australian students a look on a truly unique culture. The traditions tied to everyday things such as the different foods you eat at different times of the year are things that we do not see in Australia and is fascinating. Throughout the past 8 months I had the opportunity to go to different places around Kansai and experience the difference between the culture of Hyogo and the rest of Japan. I went to places like Nara and Osaka and I plan to go to more places during my winter break and explore the area some more.
My main focus during my first semester in Japan was studying. My focus now, in Semester 2, is not just to study from textbooks but to also learn more about the country. Some of my units at university help with this, but I wanted to explore more and try different dishes, go to different places and meet more people. I am truly grateful to have been selected for this scholarship as it allows me to do all the things I want to do.

During my year of exchange in Japan, I had the opportunity to learn more not just about the language, but also about the culture and the society. Now that the exchange program is coming to its end, I would like to reflect on what I learned this year and how I am planning on using what I learned here for my future.
For this year of exchange, the scholarship I have been receiving from HUMAP has been paying for my accommodation at the Wakakusa international dormitory which is a dormitory for Mukogawa Women’s University. I had 12 contact hours for learning Japanese and outside of that I also had classes which taught me about the Japanese economy, society, culture and the cultural influence Japan has had on other countries as well as how other countries have influenced Japan. By taking these classes I found similarities between Japan and other countries and was also urged to explore these similarities as well as the differences.
In my Japanese classes, listening, speaking, writing and reading each had its own section which ensured I improved on all these skills equally which resulted in me being able to take the JLPT N3 test in July 2018 and pass. Although I did not get the chance to also take the JLPT N2 in December 2018, I plan on furthering my studies and taking the N2 test in Australia, 2019 December. I originally had plans to become a Japanese teacher in Australia, but as of now I want to explore my options further and see what sort of communication related jobs and careers I could pursue with my Japanese language skills. I also do not want to rule out coming back to Japan for job opportunities, but first I would like to graduate from Murdoch university and do some research about what I could possibly do with my undergraduate university degree. I am also considering becoming an English teacher in Japan which would mean I could continue living in Japan and expose myself to the Japanese language while also being able to teach a language that I am familiar with.
In conclusion, I have plans to further my Japanese and make sure that this year on exchange will not go to waste. I would like to thank Hyogo University Mobility in Asia and the Pacific association for offering their scholarship for students like myself and helping them pursue and achieve their dreams. This opportunity has been a once in a life time experience and I will be forever grateful for the safety and security it has provided to me financially.