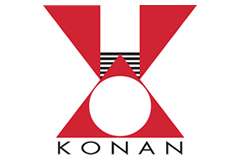 Studying abroad in Japan has always been my dream. I am passionate in studying Japanese because I would like to become a speech language pathologist, who can communicate with patients not limited to English or Chinese speakers. Japanese is one of the mainstream languages spoken in the world. I wish to master in Japanese, so that I could also communicate with Japanese speakers with communication or language disorders.

I believe the best way to improve my Japanese language skills is to study and live in a Japanese speaking environment. By studying in Japan and living in Japan, I could improve my Japanese communication skills in all speaking, listening, reading, and writing areas. Taking Japanese classes at Konan University in the summer with a total of 105 hours helps to improve my Japanese language skills, since I will be taking Japanese classes taught by Japanese teachers every morning and afternoon. I am also an active learner. I always take initiatives to ask and answer questions during or after classes. Besides from improving my Japanese language skills, I can also understand more about Japanese cultures by going to field trips to historic sites and taking Japanese culture classes during the program. Understanding more about Japanese cultures can help prepare my future career, to prepare myself to communicate well Japanese patients. The study abroad program also gives me opportunities to communicate with Japanese speakers at both Konan University and my host family. I always like to make friends with people from all over the world. I wish to take this opportunity to make friends with Japanese, so that I can become a more well-rounded person by interacting with people of other cultures.

My study abroad journey in Japan was a fruitful one. I have not only improved my Japanese langauge skills, but also have grown as person。 I took Japanese language classes every Monday to Friday, for 4 hours each day. In Japanese language classes, I learnt new grammar and sentence structures. For example, I learnt about how to "Express one's will in Japanese" and "Potential From of Verbs". I have applied these newly learnt grammatical sentences when conversing with Japanese during my stay, especially with my host family. Apart from learning grammar, I have learnt a lot of new vocabularies and phrases that were commonly used in Japanese society. Speaking classes were also benefitial for me in acquiring the language. I had three speech presentations in class. I thought that the speeches not only helped improve my Japanese oral skills, but also grammar since I have implemented the grammar I have learnt in class when writing the speech.

I lived in a host family during my stay in Japan. During my stay in a Japanese family, I have learnt about Japanese culture and how to communicate with Japanese well. For example, I have learnt about how to eat with manner, such as finishing up all the food that was prepared and not to waste any food. Since my host family only speaks Japanese, I have improved my Japanese converssational skills. Moreover, I also have made some new Japanese friends at Konan University. I learnt a lot about Japanese pop culture, education, and society when conversing with my Japanese friends. It was a rewarding cultural exchange opportunity.

Apart from taking language classes at Konan University, I also learned outside of the classroom. For example, I went for two field trips to Nara and Kyoto. At both Nara and Kyoto, I went to sightseeing sites such as temples and shrines. Going to these sightseeing sites allowed me to learn about Japanese history and religion. At Konan University, I also took "Experience Japan" classes. In these classes, I have gained new skills and knowledge such as playing the Taiko, doing Ikebana, and having Tea Ceremony. I thought these classes were once in a lifetime experiences, since I may not be able to take these classes again in Japan.

I wish to become a speech language pathologist in the future. As a speech language pathologist, I will encounter clients who speak different languages. I speak Cantonese, Mandarin and English. However, I do not only want to only limit myself in helping Chinese and English speakers with communication disorders. I also wish to give speech therapies to patients who speak other languages, especially Japanese speakers. Since Chinese and Japanese have a lot in common, I thought that I could learn Japanese as my fourth language. After learning Japanese for one month at Konan University, I have improved Japanese speaking and listening skill. I can also hold basic conversations with Japanese. After living in Japan for a month, I also have learnt about Japanese culture. With the language and cultural skills I have attained from the program, it benefitted me when I encounter Japanese patients in the future.