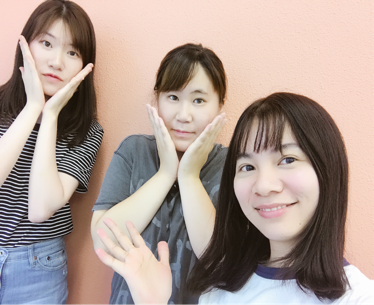 In China,I was studying Japanese in two years at university,but there are less opportunities to speak Japanese. To improve Japanese language skills,I decided to study abroad in Japan.There are reading and grammar lesson,but less conversation lesson at university in China. So,I thought through studying abroad in Japan and communication with Japanese,I can be able to speak Japanese well. In fact,before studying in japan,I have been longing for Japan. Because I like Japanese animation,I major in Japanese.Gradually,I became interested in Japanese culture.Not only to read book,it's important for me to experience really. If I live in Japan,I thought I can understand Japan deeply. In addition,I wanted to live in new living environment. I don't like unchanged life. I wanted to challenge new life. I leaved China and came to Japan. Trying myself,and grow. 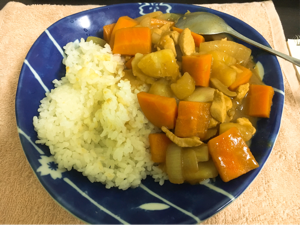 I lived alone in Japan. I didn't cook at all in China,but I have to cook by myself here. Though it's difficult for me to cook,I became enjoy the process of cooking. The photo are the cusine what I cooked. Initially,I was surprised at expensive prices in Japan. Especially,the price of fruits is very expensive. Naturally I compared japan with China. Now I have been used to it. I like supermarket and drug store in Japan for there are a variety of goods. Moreover,I can pay with Chinese apps in some supermarkets and department stores. Before I came to Japan,I was worried about that I can't be accustomed to the life in Japan,but,I got used to the new environment well more than I thought. I enjoyed the life in Japan. However,there are so many fried food. I am not used to eating it even now.

I also enjoyed having studied at Himeji Dokkyo University. The teachers with abunbant knowledge,thinks it's important to communicate with students. I could speak with teacher like a friend. Through the communication with teachers,I learned a lot. I not only learned the contents of textbook,but also discussed Japanese society,history and so on with teachers.
I broaden my horizons. It's different from university in China. In Japanese university,studying voluntarily is emphasized. Studying here,my Japanese ability gradually improved. I am very happy because I made some Japanese friends. Studying and playing with them,good memories are left. 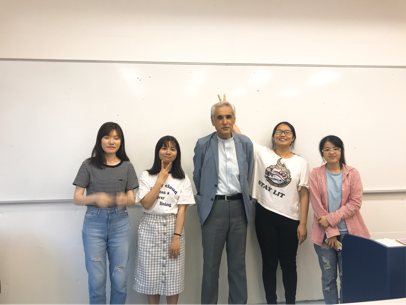 Spending a year studying abroad,I haved growed. When I just came to Japan,I could't speak Japanese well. I felt ashamed. Now,I can speak well than before. My confidence as well as was born. While I was interacting with foreigners,I knew the different way of thinking. Thinking about things is better than before. I can think objectively. I will bring what I have experienced and what I thought to China. I think it's helpful for the communication between Japan and China. Also,aiming for postgraduate in Japan,I will try my hardest.
I sincerely appreciate HUMAP who provided scholarships. Thanks to the scholarships,I reduced my financial burden and lived a fulfilling study abroad life.
In the future,towards my dream,I will make my effort.