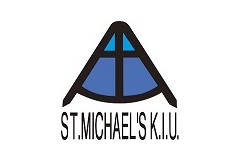 China and Japan are closely related Asian Nations and are often mentioned at the same time. So I have a deep interest in Japan since I was a child. China and Japan are only neighboring countries with a narrow sea. So, what kind of country is Japan with a unique ambiguous culture? I chose a Japanese major in college. I got a chance to study in Japan when I was a sophomore. As a starting point for studying abroad, not only does Japanese culture feel the skin, but also as a Japanese specialist, it comes to the language environment that uses Japanese as a native language, and improves its Japanese language ability. And I want to enter Japan's Research Institute after graduation. With higher education, I will study some interesting issues about Japan 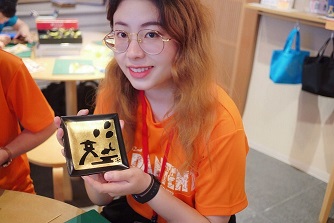 I came to Japan in April. That is a beautiful spring full of separation and encounter when cherry blossoms full bloom. I often think of the time when I first came to Japan. I'm like a baby at that time. I couldn’t communicate with people on a simple day-to-day basis, and I didn’t know how to classify garbage and how to use toilets.
Fortunately, teachers and staffs are very kind. Here I have experienced different teaching methods from those of Chinese universities, such as seminars. Not only this, but also the wisdom of life. The school offered field trip and exchange activities. I am very grateful for that.
It has already been six months since I came to Japan. This friendly atmosphere encouraged me and gave me courage and I participated in the activities called "Japan Tent." All the foreign students from around the world gathered together and interviewed directly with the home of Japanese. I have beautiful memories of wearing kimonos and making traditional Japanese snacks myself. Moreover, I also felt the enthusiasm and humanity of the Japanese people. At the same time I also convey Chinese culture, national characteristics and traditional clothing to boarding families or foreign students from other countries. I think that's what exchange of study abroad should mean.
Because it is exchange studying, I stay in Japan for only one year. It's a short year, but it's as brilliant as fireworks. So in order to better communicate with others, I must work harder. From now on, I'll try my best.

This year's study abroad is about to end. After a year of hard work, I finally passed the second and first level of the Japanese language proficiency test. Of course, this is not only my own effort, but also the serious guidance of the teacher. In addition, after repeated corrections and careful practice by the teacher, I won the first prize in the speech contest held by my school, which is also the first time I received a speech contest award in my life. This award gave me great encouragement and confidence.
It reminds me of when I first came to Japan. At that time, I didn't have much self-confidence, so I was not able to communicate with other people, which really bothered me. But now, in the past year, my teacher has been patiently encouraging me, and I have gradually communicated with Japanese people. I'm really happy for that.
After the exchange program, I also want to transfer to Kobe International University. I want to improve my Japanese and study hard, and study hard as a student of economic management.